Hello, Dear Readers!
It’s time for more Halloween fun brought to you by the Bewitching Spooktacular event. Today, author Kristen Weiss is here with her cozy mystery. Enjoy an excerpt and be sure to enter the event’s rafflecopter giveaway!
xoxo, Celia

This witch will do anything for a normal life with the man she loves. But when you’re on fairy patrol, normal is relative.

Book Description:
This witch will do anything for a normal life with the man she loves. But when you’re on fairy patrol, normal is relative.

Witch Jayce Bonheim has packed away her candles, crystals and cauldrons. With her boyfriend recovering from a hex, she’s determined to build a sane and magic-free life for them both.

But when a horde of troublemaking gnomes invades the small town of Doyle, it’s up to Jayce and her magical sisters to send them packing.

After the gnomes lead Jayce to a murdered employee from her own café, she’s plunged into an investigation that lands her in the sheriff’s crosshairs. And Jayce must catch a killer before the sheriff’s brewing witch hunt nets a very real witch.

Spells included at the back of the book. 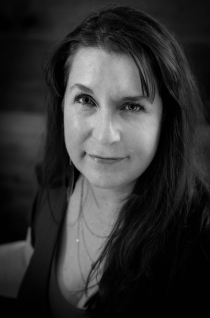 Kirsten Weiss has never met a dessert she didn’t like, and her guilty pleasures are watching Ghost Whisperer re-runs and drinking red wine. The latter gives her heartburn, but she drinks it anyway.

Now based in San Mateo, CA, she writes genre-blending cozy mystery, supernatural and steampunk suspense, mixing her experiences and imagination to create vivid worlds of fun and enchantment.

If you like funny cozy mysteries, check out her Pie Town, Paranormal Museum and Wits’ End books. If you’re looking for some magic with your mystery, give the Witches of Doyle, Riga Hayworth and Rocky Bridges books a try. And if you like steampunk, the Sensibility Grey series might be for you.

Kirsten sends out original short stories of mystery and magic to her mailing list. If you’d like to get them delivered straight to your inbox, make sure to sign up for her newsletter at kirstenweiss.com

Feel free to follow her on Twitter @KirstenWeiss or Bookbub, get in touch on Facebook, post a picture of this book to Instagram and tag her @kirstenweissauthor, or send her an email. She’ll answer you personally…which may be a good or a bad thing, depending on your perspective.