Sunday Rose’s soul mate is a vampire. If that isn’t difficult enough to deal with, she’s pregnant with a child that prophecy states can either help or destroy the vampire race. And there are those that fear either outcome.

If she is to protect her child from those who would exploit the prophecy, she must awaken unknown abilities and call upon her guardian angels to buy the time necessary to get her family to safe harbor.

~ * ~
A sudden stirring in her womb jerked Sunday Rose back to the present and she patted the child within. “Grandma Rose wouldn’t know what to think of you, child. But I do know she would want me to fight for what is right.”

“Forever Clan [is] a great paranormal romance. I have grown accustomed to this genre. I tend to read a lot of these types of paranormal books and I have acquired quite a distinguishing taste. Forever Clan has left a positively wonderful impact.

The story was well-rounded and thought out. But, it wasn’t just the story but the characters that leave the strongest impact. Even though it is quite tough to believe, in the world we live in, that you can fall madly in love with [someone] in three days, Sean and Sunday Rose’s love is felt through the pages and will turn you into a believer of true love.

Read the full review on The Book Maven’s Web site –> . 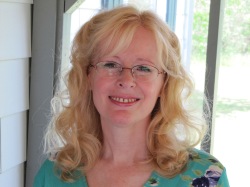 About the Author
January Bain hails from Manitoba, Canada. Married to the love of her life, she has combined her love of romance with her interest in the paranormal and vampires to produce the FOREVER SERIES. She teaches English and Computer courses during the day and writes at night. She hopes to touch your heart with this series.

Read some fun facts about this author in Celia’s interview.

Where to Find Forever Clan
Champagne Books | Amazon | All Romance