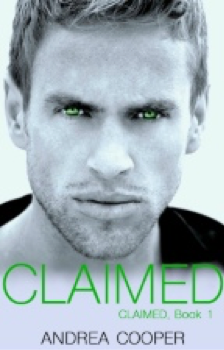 Renee Maxwell lands her dream job as assistant to archaeologist Damon Cubins in wondrous Turkey. However, she starts seeing strange things after finding a unique crystal. For one, hot Damon now looks like the sexy demi-god and underwear model of her dreams. Her feminist ideals are challenged with each bit of banter and seductive look he gives her, but she’s not falling for his charm.

Time is of the essence for incubus, Damon Cubins, who must find a one-of-a-kind crystal or turn into a full-fledged demon. He has neither the time nor desire for love, but his new assistant tests his resolve. When he discovers she’s got the crystal he needs to save himself, he must make a decision to either romance it from her or walk away. But can he?

After his nod, she breathed out a sigh. She looked as if she anticipated that he would haul her back into the water for a lesson. Her movements reminded him of abused animals. He speculated that most people, who couldn’t swim but who may have grown up around water, would try to learn unless they experienced a trauma or drowning in the past. Could that have happened to her? There was more to this situation than her usual stubbornness. Vulnerability even.

As she leaned over to finish filling her canteen, her ample bosom peeked out. His lust twisted at the thought of the sounds she would make when he kissed her nipples until they pebbled.

Suddenly, she jerked up, spilling some of the water. “Did you get a good enough view?”
He opened his mouth, but no words came out. Without waiting for his reply, she stormed away.

Damon flopped backward, letting his body float. His mind drifted to images of making love to Renee in the river. After he helped her overcome her phobia, somehow. Hmm, he could kiss her down there while she treaded water.

Nah, she’d never go for it.

This is a business trip. No time for sleeping with the staff, no matter how sexy they are when arguing with him.

She has seduced men everywhere…but never fallen in love. Until now.

Succubus Adeline lost her powers. The crystal that all her kind crave has attached itself to her and rendered her powerless. Unless she finds a way to remove it, she’ll transform into a human–a fate worse than death.

Soon the tables are turned on the succubus, and the succubus finds herself the one at the mercy of desire.

Jack is running from vamps and weres. They want his hidden doppelgänger talents to locate a stone that enables weres to transform at will, but he just wants to be left alone. Now he has a bounty hunter after him.

In a race against time, vampires, and weres, Adeline and Jack travel from Boston to Greece to New Orleans to stay ahead of the hunters.

When Jack confronts a dangerous voodoo queen alone, Adeline learns that love is sacrifice. But will they both survive the lesson?

She scrolled through her cell as the taxi turned at a light, and Greek swear words were exchanged between their driver and an electric scooter rider. Jack’s eyes closed, and his head rested on the back of the seat, his cheeks pale.

What would she do if the order came from the master vampire who was after him? Jack tied himself to Beth in order to save Adeline. How can I repay him? The crystal latched onto her wrist caught the light. Right, if I don’t get this thing removed soon, all of my kin nearing 5,000 years will put a bounty on me. Visiting the Oracle, on behalf of a witchdoctor, would give her the chance to get information about removing the quartz without dying.

Her gaze glided over the Oracle voodoo doll. No, she’d probably be lucky if the Oracle didn’t strangle them when she met them.

Adeline dug out a mint and shivered when she pushed aside the cuffs in her purse. Snippets of hot memory of Jack on her made her debate sending the cab driver away for a few hours and straddling Jack. She offered him a mint and took one for herself. His hand brushed hers as the taxi took a sharp turn, its tires squealing.

Focus. It’s only his borrowed powers that make you feel this way. My powers. She checked her texts. Most were from men around the world asking when she’d come see them. Delete, delete, delete. Two messages from Renee, one from Damon, and one from her employer. She cringed.

Status update pronto. Never taken you this long to tag and bag a guy.

Yeah, well she’d never been without her abilities before. Working on it. She texted a reply.

Both of Renee’s notes were short, and the last one cryptic. You okay? Any update? And Call us when you can. We have something to discuss with you.

Damon’s text was blunt: Gotten the rock off yet? Or are you being chased?

Meaning by incubi and succubus who craved the crystal to amplify their gift and avoid becoming demons, or ones who already twisted and sought more wars and violence in the world of mankind. Of course, she’d tried everything to get it off. Even offered it to Damon and her succubus cousin, Samara, but the bracelet wouldn’t let go.

No man can resist a siren’s song…

Cassie must convince a CEO to give her interior decorating company a chance at his offices in order to stay in the black. But even using her half-siren voice, he refuses. What can she do to change his mind?

Daniel Davis has a secret he’s paid hundreds of thousands to keep that way. Now when exotic Cassie marches into his office, he can’t stop thinking about her and makes her an offer. Be his date for a high-profile party and he’ll consider her company for his office redecorating project.

After an accident, Cassie gives Daniel her blood to heal him. Trouble is, if she can’t keep him alive, he’ll become a soulless ghoul.

Worse, someone is out to kill him. Can Cassie keep him alive…both in fighting her nature and from whoever is after him?

Cassie rummaged through Daniel’s kitchen. Where did he hide the alcohol? The refrigerator was full of Styrofoam and plastic containers, a carton of milk, and… Who puts peanut butter in the fridge? She took it out and placed it on the counter. At least she could have a snack while she searched for a beer. Finding the silverware, she dug out a large spoon and dipped it in the peanut butter. They nutty flavor coated her tongue and she sighed with pleasure. Okay, so cold it tasted it good, but smearing it on bread would be nasty work.

Her mouth pasty and dry, she spotted a cabinet at the far end of the cabinets. A wet bar! She seized a bottle of whiskey and downed most of it as she walked into the living room to check on Daniel.

He lay on his back, his legs dangling over the arm of the couch. Dark circles lined his closed eyes, but his breathing was steady and deep. At least the guy didn’t snore. Was he cold? She picked up a jacket that was draped across a leather chair and, a bottle of alcohol hanging in her hand, she trailed the jacket up and over his legs.

When he grasped her arm, she murmured, “Sorry, didn’t mean to wake you.”

He blinked at her with dilated pupils, his lips full and inches from hers. “Am I dreaming?”

The huskiness of his voice sent a shiver through her.

“Then I can do this.” He stretched his other hand, grasping her behind her head and drawing her lips down to his.

He tasted soft and warm and delicious. Like chocolate and oranges. Moaning against his lips, she let the whiskey slip from her fingers and it rattled onto the wooden floor beside her. Daniel’s hands lifted her further onto the couch, until she was partially straddling him and somewhat kneeling. Hot desire shot through her and she nearly ripped off his clothes.

Her hands weaved into his dark hair. Inside, her siren side called, demanding to satisfy her sexual needs, then devour him. No, she must control this. Couldn’t she for once have love? Have a future with a man that made butterflies dance in her stomach whenever she was around him? 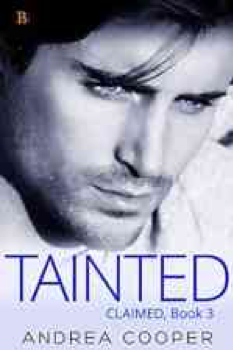 She’s marked for death. He’s an incubus possessed by her enemy…and if she’s not careful, both of them could die.

Carla is the last, true surviving Oracle. If she doesn’t defeat her enemy who stole her ancestral powers, she’ll die within days. Except the woman with Carla’s powers, a woman who is supposed to be dead, has the ability to see the future and is hunting Carla.

Ty has lost everything including his own mind. It’s only a matter of time before his fiancée’s murderer takes over him completely. His only hope is to find a way to stop her, and if that means working with Carla, he’ll do whatever it takes. He just can’t lose his heart again.

When Carla slowly falls for Ty, their secrets place them both in more danger than she ever thought possible

Andrea has always created characters and stories. But it wasn’t until she was in her late twenties that she started writing novels.

What happened that ignited the writing flame in her fingers? Divorced, and disillusioned by love songs and stories. They exaggerate. She thought. Love and Romance are not like that in the real world. Then she met her husband and realized, yes love and romance are exactly like the songs and stories say. She is now a happy wife, and a mom to three kids (two boys and a girl).

Andrea writes paranormal and historical romance. When not writing or reading, one may find Andrea dancing in Zumba.