Spotlight on Guardians of Light #fantasy #romance Series by @ReneeWildes

Hi Everyone! I’m pleased to welcome fellow Champagne Books author Renee Wildes to the blog today. Please enjoy a look at her fantasy romance series Guardians of Light, including an excerpt from Book 5, A Guardian’s Destiny. Be sure to enter her giveaway, too. Enjoy! xo, Celia 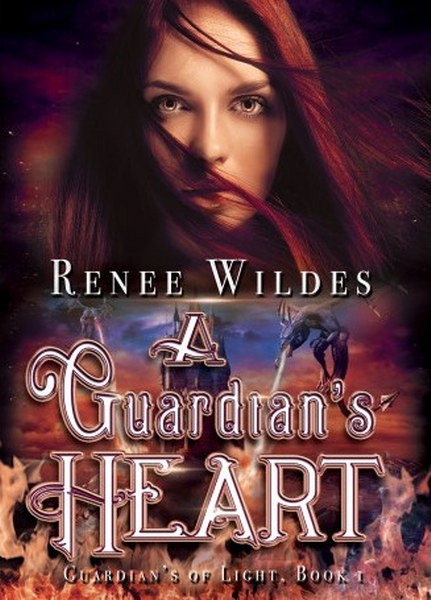 Strength can be drawn from pain…if the heart can heal faster than it bleeds.

Dara Khan Androcles was trained from childhood to be a healer. But as a demon-possessed invader threatens Safehold, and she defends a wounded warrior on the battlefield, her hidden inner dragon thirsts for blood.

When she lifts the warrior’s blond, blood-encrusted hair away from his ear, she discovers he is more than King Hengist’s outlander ally. He is an immortal. The elven heir to the throne of Cymry.

Loren ta Cedric senses something different about flame-haired, falcon-eyed woman who saves him. A healer, wreathed in raw, dark power, who wields knives with deadly skill. A mortal who prays to the Lady, not the human gods. Now he owes this thoroughly distracting female a Life-Debt. Which, in the heat of their flight to Loren’s homeland to raise an army, somehow becomes Life-Mate.

Dragon-human and elf, peasant and prince, logic says they have no future. Yet the power of their unlikely bond could be the only thing that saves their world from a demon poised to tear it apart.

Warning: This new twist on Cinderella contains a grouchy dragon, a sentient war mare with the dry wit of a certain English Dame, and a fiery heroine who strikes serious sparks with a mercenary elf. 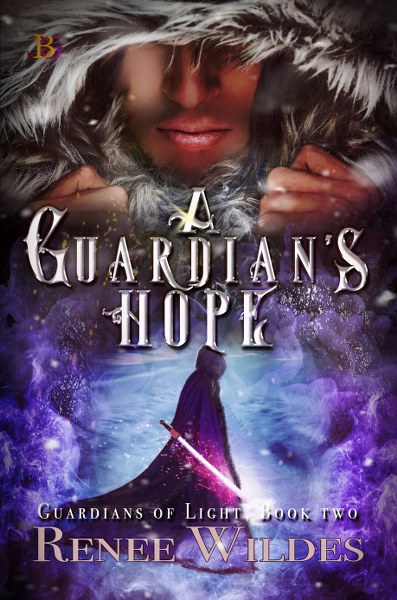 As a child, invaders butchered Maleta’s parents and left her ravaged body for dead. Now, reborn as a finely-honed weapon for the Gray Goddess, Maleta has shed the burden of emotions for one goal—regain her homeland for her brother.

Cianan ta Daneal’s mission to the fractured land of Shamar is twofold: to overthrow a despotic queen, and to save a life. For months, he’s been haunted by recurring visions of a beautiful swordswoman slaughtered by a skeleton army. He never expected to lay eyes on that woman and recognize her as his Lifemate—or that she’d turn and run like hell.

Uniting Shamar’s diverse peoples in revolt is easy compared to the delicate task of wooing a woman who flinches from his touch.

Slowly, Maleta dares to hope that her country, what’s left of her family, and her shattered heart are safe in Cianan’s steady hands. But when the cold blade of fate strikes true, can she trust his love is strong enough to pull her back from the Abyss?

Warning: This new twist on Sleeping Beauty contains an assassin nun who knows no fear. Okay, just one fear, but it’s a biggie. And an Elven paladin with the Devil’s own negotiating skills. To coax her heart out of hiding, he’s gonna need every one of them. 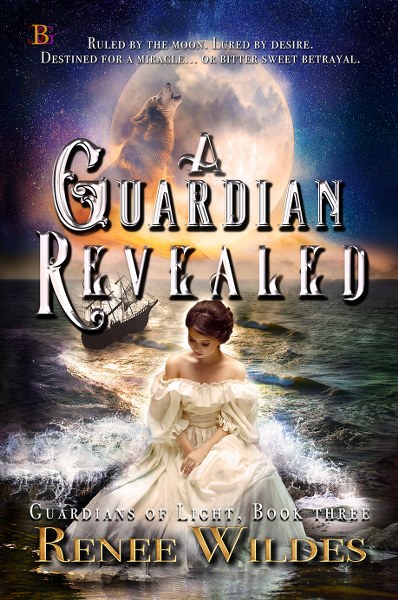 Years ago, the pull of the full moon and a powerful curiosity drew Finora into a human fisherman’s bed—a man who stole her selkie skin and took its location to his grave. For seven years, trapped on land, she has searched fruitlessly. Hope fading with every passing year.

Tasked with finding and returning dragons to his mountain homeland in the east, Trystan follows a slim lead westward across an unfamiliar sea. When pirates attack his ship, leaving him with injuries too severe for his werewolf to heal, he comes face to face with the most unexpected of rescuers—Finora, her two, half-human children, and the biggest damned dog he’s ever seen.

Tristan and Finora’s attraction is instant, undeniable, and hopeless. Finora is pulled to the sea, Tristan is tied to the land. But Finora can help him complete his mission, and share one night of searing, heartbreaking passion. And memories only the deepest of betrayals could shatter… 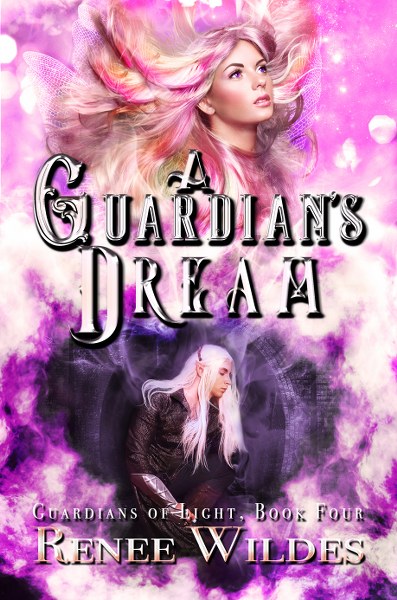 Plagued with nightmares of a goblin child tormented by monsters—and with her usual cures having no effect—dream faerie Pryseis journeys to the Shadowlands to heal the child in person even though doing so risks the wrath of the faerie council. And, if she’s away from home too long, her very existence.

Caught and imprisoned by an ungrateful goblin sorcerer, she’s now trapped underground, chained, her despair growing as her time ticks down yet warmed by the memory of a man she has only touched in dreams.

Benilo ta Myran drained his spirit healing powers during the war, but he has no choice. The beautiful faerie in his dreams is in trouble, and not even his worried king and queen can stop him from trying to save her before the darkness snuffs out her light.

Warning:
Beware beautiful faeries and hot elves appearing in your dreams. They may lead you astray…and steal your heart. 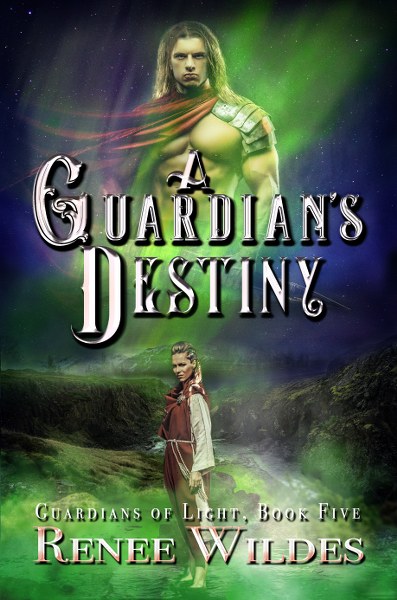 On what should have been Verdeen’s proudest day, she is blocked from advanced warrior training because no war mare chooses to bond with her. Burning with humiliation, she accepts a lesser assignment to the Isle of Ice, serving as bodyguard to human riever, Daq Aryk.

Verdeen’s never paid much attention to men, so focused was she on her training. But she quickly realizes hieing off into a distant wilderness with Aryk is a bad idea. He makes her lose all focus and perspective.

Aryk faces a difficult task: molding six warring clans into a peaceful whole. He’s got nothing against women warriors, but Verdeen is young and inexperienced, her beauty a potentially fatal distraction. She’s a shield-maiden, not a bedmate. But the way she melts at his every touch erodes all his good intentions…and sense.

One kiss unleashes the kind of feverish desire that should occur only once in a lifetime—with a mate. But as their quest takes ever more dangerous twists and turns, their bond could be the one thing that unites a nation. Or make Aryk’s worst nightmare a blood-soaked reality.

Warning:Contains fire and ice, ever-gratuitous sex and violence, sword play and self-play, spying and lying, noble intentions and betrayal. In other words, a rollicking good roll in the proverbial hay.

Aryk’s mother, Gefjun, greeted him at the entrance to the village. Leave it to her not to stay hidden as ordered. Her calloused, scarred hands crossed her swords over her belly. Silver braids encircled her head like a crown. His red seeker dog, Fiske, sat at her feet, plumed tail sweeping the trampled snow.

“Stand down, Mother.” Aryk bent to rub the dog’s pricked ears. “’Tis safe for them to come out now. We held the wolves at bay.”

“Pity.” Her green eyes glittered in the twilight as she sheathed her swords and whistled the all clear. “I rather anticipated a good fight. Been too long.”

Not long enough. “The children?”

“Safe, although Joro snagged a knife to go help you.”

The women and children emerged from their homes, looking around for familiar faces. Uncertainty and fear lingered in the air. ’Twas no way to live.

“Tell me you disarmed him.” Aryk shuddered at the notion of his mischievous five-year-old son in the conflict.

Nay, he’d find a way to end this madness. Joro and the other children would enjoy a better life than their parents, with more options than raiding, bloodshed, and death. Nice, long, peaceful lives.

“Acourse I disarmed him. Come.” Even a daq heeded her tone.

He followed her through the milling flocks to her sod-and-stone round hut, dropping the hide door covers for privacy. Smoke from the peat fire undulated around him. He took the cup of schnae she held out, let the bite of the spirits clear the melancholic fog. “I’ve but a moment. We go to Ulryk’s village.”

“How’d the men take the news?”

“They don’t get to enjoy the spoils of war?” He grunted. “How do you think?”

“Find Ulryk’s captive Shamaru lass from my vision and bring her here. Make no mistake—allow your men free rein and lose your one hope of success.”

Hope. Such a frail, mighty word. “You’re certain we’ve still hope for peace? Even after today? Daq Beloq comes south with the thaw. This year decides it.”

“There’s always hope. If we continue as we are, we destroy ourselves. Things must change. Shamar can help us.” His mother studied him across the undying flame, the hearth fire that never went out. “We can’t keep burning our dead children.”

The flames danced in the dark as he weighed her truth. The fire kept the dwelling livable, an oasis of warmth on a wind-blasted plain of bone-shattering cold. But ’twas more. The light in the darkness symbolized the stand of reason against savagery.

“We can be better men than we are now. Myrtaq died for naught than a senseless raid like the one today. ’Tis no honor in it.”

The younger brother he failed to protect. How many more must they burn, lose to battle, disease, privation? When would the body count be too high?

“I miss him too. The pain of losing a son never fades.”

How well he understood her truth. Two lads and a lass he lost before the age of three, ’til but Joro and Birgit remained.

Joro lying in a pool of his own blood, slain with his own sword…wielded by a black-haired woman with one green eye and one brown eye…

Gefjun cleared her throat, jerking Aryk back to the present. “When you reach Ulryk’s village and find this Shamaru woman I spoke of, how will you get her to listen to, much less trust, you?”

“I’ll prove to her I’m naught like Ulryk.” Gods, he wanted a bath. He reeked of battle, of blood, sweat, and spent rage, but Ulryk’s village beckoned.

Gefjun’s eyes blazed as she pinned him with her gaze, held him as she circled the fire to within a handspan of his face. “You’re exactly like him, born and bred of this land.” She spun away. “You hide it better than most.”

Her truth cut him to the heart. Hai, lia sang fierce, an elation during battle which blocked all else. It flowed in his blood, through his bones. Lia replaced pain, fear, doubt. Men who succumbed to that sweet siren song lost all reason, as apt to turn on their comrades as the enemy. As savage as wounded snow bears. Aryk stared at the flames, tossed back the last of the schnae, then rose to his feet.

A man had to believe in his dreams. What else was there?

Award-winning WI author Renee Wildes grew up reading fantasy authors Terry Brooks & Mercedes Lackey. A Joseph Campbell fan, when she discovered romance novels she was fated to write fantasy romance. A mythology & history buff, from ancient Sparta through the Dark Ages, a Navy brat and a cop’s kid, she gravitated to protector/guardian heroes & heroines. She’s had horses her whole life, becoming the only vet tech in a family of nurses. It all comes together in her Guardians of Light series for Champagne Book Group and her paranormal title “Marek’s New World” for Tirgearr Publishing – fantasy, action, romance, heroics and lots of critters!

For a chance at $25 Amazon GC, enter the Renee Wildes – Guardian Series Tour – Rafflecopter Giveaway. And Follow the tour HERE for exclusive excerpts, guest posts and a giveaway!