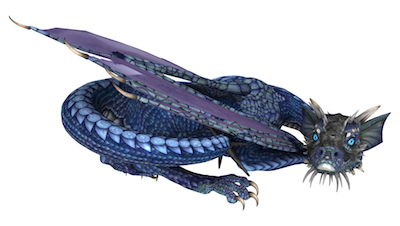 Image Credit: Photovasc/DepositPhotos.com. P. Millhouse bought the license to use this image.

Colorful dragons filled the afternoon air with squawks and roars of excitement. Kort rubbed Mia’s arms and soothed away the tension in her body. Not only the five dragons with his dragon warriors landed on the beach, but free-flyers squawked, and came in to inspect them too.

Kort pulled Mia close in an embrace and they watched the dragonlet feast on the fishes. “You said Magnus was unique. Are they bowing to him?” Mia asked, leaning forward to watch the interaction between the animals. “He doesn’t look like he belongs to one of the elements. His coloring is different.”

Magnus gobbled down fish, his black wings with purple and teal tips closed tight on his back while Garnet the Red strutted nearby, raising his crimson wings in a menacing show, hissing out licks of smoke when one lone coppery-brown Earth Dragon edged too close to the dragonlet.

“There’s a fifth element – the element of the Spirit, Mia. Whereas a Fire Dragon breathes fire as its weapon, and a Wind Dragon can summon great gusts of wind, even tornados, the element of the Spirit connects every living thing. I’ve got a sneaking suspicion he’s the one. Regardless, in time, Magnus will learn who these dragons are, their cause, and how they work to protect the Elves of Castle Elias and our people.”

Mia smirked, and gazed over at the sandy, seaweed-covered dragonlet. “Seems like a lot to shoulder for someone who can barely manage a fish.”

Kort wanted to go speak with them, to interact with the dragons, but first things first—he had to make sure Mia claimed the place he wanted her to occupy. It was his job to properly introduce her to his warriors, men and women both, so there was no misunderstanding of her role.

He timed the kiss well.

Just as the elves dismounted, turned, and made their way across the sand toward them, Kort took Mia in a passionate embrace and kissed her like he meant it. Whether she sensed the importance of the kiss or not didn’t matter; the way she responded to him did.

She went up on her tiptoes and leaned deeper into the kiss than he’d expected, deeper than he’d hoped. Her nonverbal behavior spoke volumes. She was his and, God, he had to admit it, he just wanted to get her back in bed. But that would have to wait, and when he turned to inspect his crew, the effect he’d intended came across clearly in their expressions. The warrior elves stopped dead in their tracks. Jaws gaped. Silence fell across the crowd, quickly followed by whispers, nods, and pointed gestures among the warriors.

Yes, he knew they cast him in the role as the last elf in Chalvaren who’d ever take a mate – he’d refused so many prospective brides surely they wondered if this day would ever come. Yes, he knew he’d take some ragging for the public display of affection, but it was worth it to see their hardened faces soften. Some showed curiosity, some showed relief.

Mia was going to have to prove herself as a worthy princess, sure, but somehow after she’d handled the morning so well he knew she’d handle the role of his princess with fiery verve.

Mia sighed against him and buried her head in his chest. The flush of pink on her face burned his skin, and her pointed ears so close to his lips now made him wet his lips with anticipation. He whispered that he loved her. He liked the idea of having her so close and everyone knowing what she meant to him.
Then he turned her to face the crowd for inspection. He curled his fingers toward his warriors. “Everyone come and meet Mia, and her dragonlet, Magnus.”

Paula Millhouse grew up in Savannah, Georgia where Spanish moss whispers tales in breezes from the Atlantic Ocean, and the Intracoastal Waterway. As a child Paula soaked in the sunshine and heritage of cobblestones, pirate lore, and stories steeped in savory mysteries of the south.

She’s a member of Romance Writers of America, the Fantasy, Futuristic, & Paranormal Writers specialty chapter, and the KOD Mystery and Suspense Writer’s specialty chapter. She achieved the opportunity to become a member of the distinguished RWA designation of PRO after submitting her first full-length romance novel for publication in 2013.

In the southern tradition of storytellers, she loves sharing the lives of her characters with readers, and following her muse on the quest for happily-ever-afters. She writes fantasy romance and romantic suspense.

She lives with her hero, her husband of twenty-five years at the base of the Blue Ridge Mountains with their pack and pride of furry babies.