Pippa Jay’s Tethered – The Making of a Kickass Heroine

Hi Everyone! My writer pal Pippa Jay is back for another visit today to share how her Tethered character, Tyree, came to be. And there’s more – Pippa comes bearing gifts! Follow the tour link included below to enter her giveaway. Enjoy!

The Making of a Succubus
by Pippa Jay 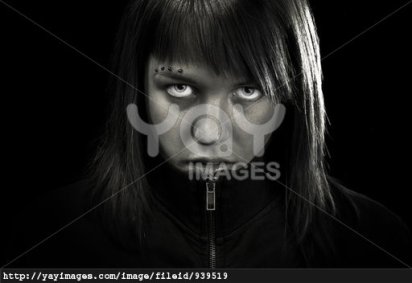 When I first thought of my succubus assassin Tyree, I had no hard and fast image of her in my head, other than her long black hair as described in the opening scene of Tethered. It’s rare that I go into a story without an idea of how my main character looks—in fact, their appearance often shapes their first scene and their character for me. But not for Tyree. I’d imagined her as petite, able to get into small spaces and hide away as part of her talents, until I gave her the ability to Mist—to become incorporeal so that she could literally walk through walls. So her appearance changed. I made her taller and heavier of build, more Amazonian—being able to adjust her molecular density meant size and weight wouldn’t be any disadvantage to her sneaking around, and in my mind made her more warrior-like (no sizeism in my books, I still have short, delicate women just as capable of giving someone a beating, lol). But it was finding this image on dreamstime.com that really altered how I saw Tyree. 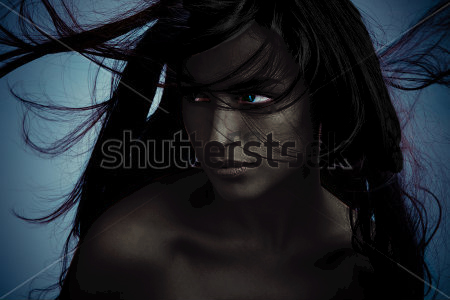 It gave me the idea to make her skin not just dark but black. In some ways, it reminded me of a panther—dark, sleek and deadly, the perfect image for Tyree. I could see her prowling after her targets and everyone else scattering out of her wake. And yet at the same time incredibly seductive, admired. Confident of her abilities and herself in everything that she does.

But when faced with the alien—working with a human and protecting him instead of killing, negotiating a peace treaty rather than taking out a target, and impersonating someone related by blood and birth and yet the opposite of everything Tyree is and knows—that confidence is seriously undermined. How Tyree deals with it and comes through at the end will change her forever. 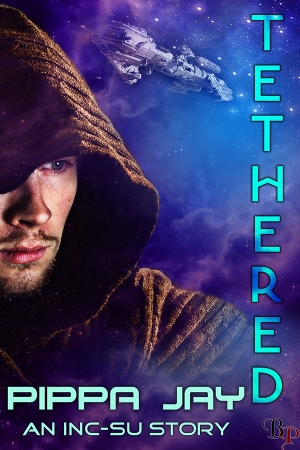 She can kill with a kiss. But can assassin Tyree also heal one man’s grief, and bring peace to a galaxy threatened by war?

For Tyree of the Su, being an assassin isn’t simply something she was trained for. It’s the sole reason for her existence. A genetically enhanced clone—one of many in Refuge—she’s about to learn her secluded lifestyle, and that of all her kind, is under threat by a race capable of neutralizing their special talents to leave them defenseless.

For Zander D’joren, being a diplomat has not only cost him his appearance, but also the love of his life. Scarred, grieving, he must nonetheless continue in his role as co-delegate to the fearsome Tier-vane or risk a conflict that could only end one way.

Now both of them need to keep each other alive and maintain a perilous deception long enough to renegotiate the treaty with the Tier-vane, or throw their people into a war that could wipe out Terrans and Inc-Su alike. But there’s more at stake than humanity, whether true or modified. Can the love growing between them save them both? Or merely hasten their destruction?

Jewelry and a gift card up for grabs!
Follow this link to enter Pippa’s Rafflecopter giveaway –>